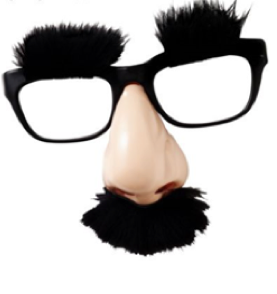 “Somewhere along the way through life, often in our early years, we begin to believe a lie about who we really are…I call that lie the ‘core deficient self’…These core stories lie dormant within us during times when life seems to flow smoothly. Like a fearful snake coiled up and waiting to defend itself, the story and the emotional wound come screaming to the surface when the right buttons are pushed by others. This leaves us spiraling into self-judgment and doubt. It’s fight or flight, all the way. We either attack and defend or run and hide.” ~ Scott Kiloby

“Once the notion of separation was believed in, we spent a lifetime trying to solidify this imagined notion through believing in the mind’s self-created concepts (‘I am not good enough,’ ‘I am not____, etc.). It is all a fraud, because it is all talking in terms of a defective, isolated and separate self, which we have taken as true.” ~ John Wheeler

Empirically, it can be observed that the self can be seen through, truly not found anywhere, yet suffering still arises, apparently in conjunction with conditioning. So while it makes sense to just try to find the self, and be done with the whole matter—get to the root of the “problem,” so to speak—there is an energetic component to this conditioning that resides in the body, that seeks to be released as part of the total freedom package. Freedom from identification with anything, with any lingering feeling of division, leads to freedom from seeking and suffering. This is why the inquiry is directed, in most cases, towards finding the deficient self, which is any idea of unloveability, unworthiness, or any perceived sense of lack. Because it is inherently fake, the deficient self can never be enough.

Ultimately, this can lead to seeing that there really isn’t even any original core wound. It is simply the label, in whatever form it has arisen, given to the primary, original experience of separation. Nothing was really wounded, or even touched by any life experience. But feelings, memories, and thoughts—the conditioning of a lifetime—can lead one to believe otherwise, and to manifest that belief through relationships, and any and all life circumstances.

The self tends toward deficiency because it is a total fabrication, an Impostor. It is then maintained by an underlying belief in, and subsequently a protective veiling of, that fundamental deficiency story. It is a blind spot in awareness. It is why we seek for love and acceptance in all the wrong places, but do not ever find.

The experience of being a phony, looking into that vague suspicion of inauthenticity, is a wide-open door to freedom, to that which is authentic and truly real. 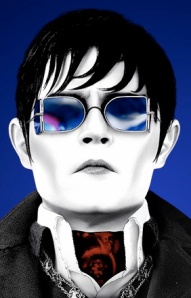 “Self sabotage is the smartest thing you can do if you’re sabotaging a self that is not really you.” ~ Armand Demele

Doing the Unfindable Inquiry will not make you a better person. In fact, what you cannot find may may result in the renunciation of any and all forms of self improvement. It might, however, allow you to see quantum leaps of improvement in everyone around you. So, even better, the inquiry may make others mysteriously appear to be better persons.

“Live neither in the entanglements of outer things nor in inner feelings of emptiness.
Be serene in the oneness of things and such erroneous views will disappear by themselves.” ~ from Faith Mind, Seng-Ts’an

“Love is one of the names we give to this recognition. It is simply not to know an other.” ~ Rupert Spira

No self does not mean nothingness, or at least that experience does not stand on its own. The discovery that there is not a separate self also coincides (not always concurrently) with the realization of who you really are. It can be seen from this everythingness that the conditions we place on love, on the “other,” are basically the best we can expect from them. If we perceive an other as untrustworthy, we are holding them to the highest standard they can maintain in our relationship with them. The other is empty save for the perceptions that make them who they are to us. That’s why conditional love fails empirically, as a concept or an experiment. The inverse is equally true. If we see them as the source of our happiness, that is what they will be…until the projection breaks down, as all projections surely must.

All of this, the perceived untrustworthiness, and the expectation that another will make you happy, comes from within, from our own sense of deficiency. The realization that there is not only no self, but no other, frees your projections, or creations, from the conditions you impose upon them. When you trust who you really are, the everything and the nothingness, you can trust another without reservation. Change your perception of the other, and they change. Not just the relationship changes (although it may), but who you are perceiving changes as well. Because there are not two. There is only the One, playing as (projecting) the many faces you see.

The conditions placed on love, loving, and being loved, arise as pointers toward the conditioning that still exists. The other exists as a mirror only as long as that reflection is necessary to see what is being shown. Look for yourself to see if you can find the self that needs to be protected, from anything, and set yourself and the illusory other free from all expectation. This is the experience of love, unconditional love.

“Let him who seeks not cease from seeking
until he finds;
and when he finds,
he will be disturbed;
and when he is disturbed,
he will marvel,
and he shall reign over the All. ” ~ The Gospel of Thomas

Who is looking through those eyes? Who is running this show called your life? Do you want to know? Investigate all assumptions in this regard thoroughly.

Where in the world?

This material is for educational purposes only and is not intended in any way to be a replacement for, or a substitute to, qualified medical advice, diagnosis or treatment, or as a replacement for, or a substitute to, psychological advice, diagnosis or treatment, or therapy from a fully qualified person. If you think you are suffering from a medical or psychological condition, consult your doctor or other appropriately qualified professional person or service immediately. We are not responsible or liable for any action made by a user based on the content of this material. We are not liable for the contents of any external websites listed, or for any actions made by a user based on the contents of these external sites, nor do we necessarily endorse any product or service mentioned or advised on any of these external sites. Any data or information is provided for informational purposes only, and is not intended for any other commercial or non-commercial purposes. We will not be liable for any errors or delays in the content of this material, or for any actions taken in reliance thereon. By accessing this material, you agree not to redistribute the material found therein, unless appropriate rights have been granted. We provide links to select sites for your convenience only. We do not necessarily endorse or recommend the services of any company. We shall not be liable for any damages or costs of any type arising out of or in any way connected with your use of our materials. By using these materials, you fully agree to these terms. ©The Kiloby Group 2011. All rights reserved